When it comes to the strategy game genre the PC is undoubtedly the platform of choice. Which isn’t to say that strategy games don’t exist on console, just that complicated games are far better with a keyboard and mouse.

With that being said, anyone trying to get into PC strategy games might be at a loss about to where to start. Let’s take a look at some of the best games available now, and explore what they’re about.

Who would have guessed that the XCOM franchise would make a big comeback? XCOM – UFO Defence first released in 1994, focusing heavily on slow, methodical, turn based combat. The game had a steep learning curve, demanding extreme time commitment and perhaps languishing in absurd levels of micromanagement. But those that loved it really loved it, and many even demanded a modern equivalent. The demands would be rewarded in 2012 with XCOM: Enemy Unknown.

Featuring everything from the original, but massively streamlining gameplay, the new XCOM games are excellent. Players are required to manage a base, build facilities, and research new weapons of war, all while periodically fighting back the alien menace.

The Total War franchise may be a bit heavy for a beginner, of that there is no question. But anyone putting in the time will find Total War: Warhammer 3 to be an all-consuming experience. It’s vast, absurdly varied, incredibly in-depth and unquestioningly deep. The real challenge is being able to successfully understand the multiple gameplay layers, which is no small task.

On the other hand, the Total War franchise comes with another danger; incredibly addictive gameplay. It’s best to simply break up the hours of gameplay with a few other interests, like perhaps checking out Australian open betting odds. 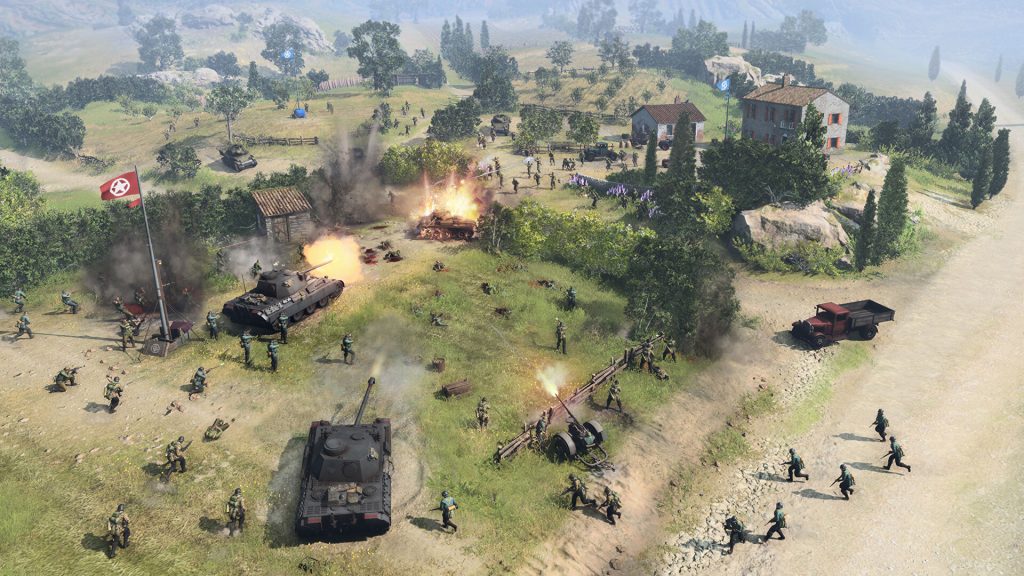 Company Of Heroes is a classic real time strategy franchise that has been running for decades. The gameplay isn’t as in-depth as Total War, and not as slow paced as XCOM, sitting somewhere in the middle. First and foremost, the gameplay is real time, not turn based, meaning that quick clicking is essential.

Without StarCraft there wouldn’t be Company Of Heroes, it’s as easy as that. But does this old-school classic still live up to modern standards? The answer is mostly. StarCraft is very strategic and entertaining, though does lack some of the added innovations of later releases.

To put it another way, StarCraft is the streamlined version of newer strategy game entries. This makes it an excellent starting point for beginners, introducing them to the idea of mentally taxing, decision based gameplay. StarCraft 2 may not be a graphics powerhouse anymore, but it still delivers where it counts.